My students are now reading an article of the week and writing a weekly reflection. I wrote the following as a modeled reflection on an article on CNN.com discussing President Trump’s recent public disagreement with Nike’s decision to feature Colin Kaepernick in an ad campaign. Kaepernick’s actions have divided people throughout the country, splitting good Americans over a falsely-concluded either/or fallacy. The choice some see is that you must either advocate for the civil rights of African Americans in the face of police brutality, or you must support America’s law enforcement community. Others see it further as a choice between disrespecting your nation or honoring your nation. In this piece, I seek to bring to light the power struggle between messages and the powerful people and organizations they represent.

The sole has surprisingly much more power than one might think. Remove it and a shoe’s not a shoe. As a teenager, I wouldn’t have bought a pair of Nikes without that visible pocket of air inside the sole; it was my visual reminder that my Nike Airs made me better on the court than anyone else (who didn’t wear the same shoe). Nike’s commercials starring Jordan and other stellar athletes compelled me to buy their shoes about as much as McDonald’s commercials featuring Jordan and Larry Bird playing horse made me buy Big Macs and fries. 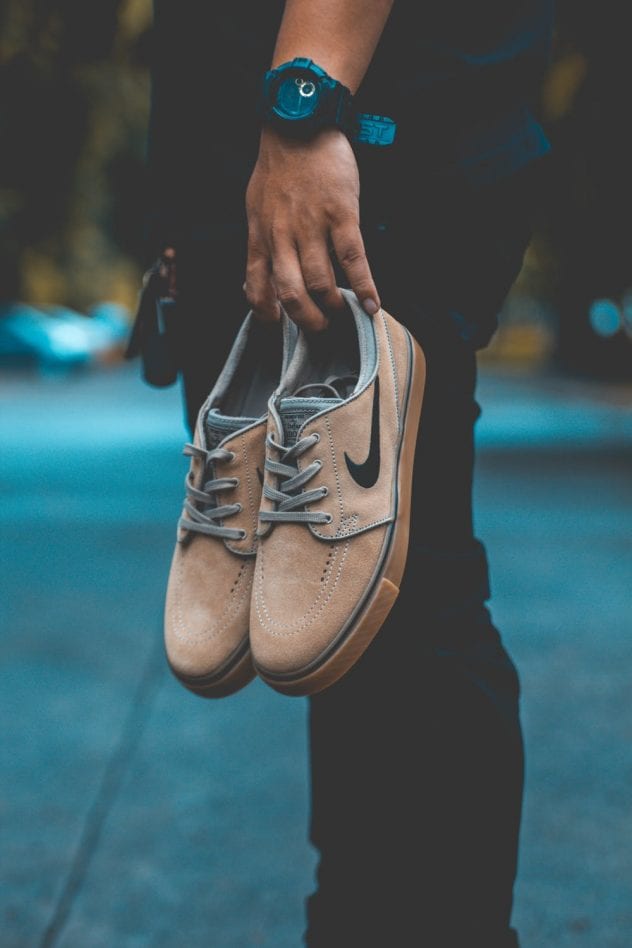 Nike and its featured athletes are apparently so potent they grab the the ire of the most powerful office in the world. As soon as Nike recently unveiled a new campaign with Colin Kaepernick as its poster child, President Trump unabashedly told The Daily Caller he didn’t approve because of Kaepernick’s way of airing his concern about the issue of police brutality toward African Americans.

Two politically polar opposites Kaepernick and Trump, yet their stories together aren’t entirely different: one kneels while the other stands, but both utilize powerful media to influence the masses.

The situation between Nike and the President brings attention to the unbelievable persuasive power of truth, rhetorical appeal, branding, and controversy, but it also shows the tremendous influence of power itself — that of the most successful shoe brand, a President, and a vocal NFL quarterback. While one might hope the power of influence would win the battle for the public’s attention, the influence of power is so strong it will likely always cloud the issues more than bring them to light.

How do the homeless influence so many to offer shelter, donate clothing, and provide hot meals? How does a child’s pleading for parents to stop arguing get them to stop so quickly? Why does a single mom working three jobs to provide for her four kids seem so much more admirable than anyone else’s labor? It’s not their inherent power. It’s their influence — the influence of having nothing, but being relatable to those who do; the influence of being young and innocent, but seeing the emptiness of fighting; the influence of apparent abandonment, helplessness, or whatever the situation, but still choosing to make no excuses and work one’s tail off. This is the power Nike knows is in a pretty-much expired, struggling black NFL quarterback most recently sporting an afro and an attitude more than a respectable QB rating. He’s willing to solemnly kneel for an issue he believes is not being addressed enough and, in doing so, share his voice.

Like it or not, every president tries to sway public opinion about national political, economic, and social issues. They use what Theodore Roosevelt called the “bully pulpit” — a term where the word bully means “excellent” or “first-rate,” not browbeating or being a jerk. Yes, the president is arguably the greatest power on earth, but don’t discount Nike’s (or Apple’s, Amazon’s, Alphabet’s/i.e., Google’s, for that matter) lucid awareness of its own bully pulpit. In a caption over Kaepernick’s face, the Nike ad reads, “Believe in something. Even if it means sacrificing everything.”

Does the message fit the image of Kaepernick? 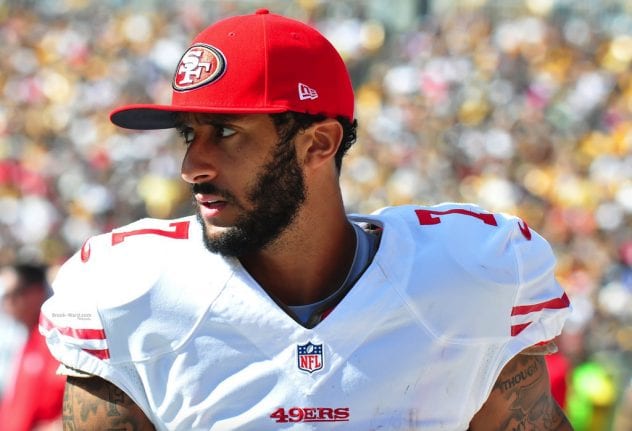 One could argue he’s sacrificed some of his following, or maybe he’s sacrificed being “just an athlete” who’s not supposed to do anything but run and throw. Some might see his sacrifice as people no longer seeing him as a conformist or compliant follower. Or that he’s sacrificed an assumption about everyone in the US — that he’s a “good American.”

Then again, maybe the message about sacrifice doesn’t fit. The contract deal Kaepernick got in 2014 was over $100 million, but his stance in taking a knee ultimately cost him that amount coming to fruition. Yet Kaepernick yet maintains a $24 million net worth and is likely making bank on this Nike deal. Painful, taxing, or emptying sacrifice isn’t often associated with people who represent such extravagant living.

But whether the implied sacrifice is Kaepernick’s or primarily just that which he aims to represent — those African Americans who’ve been severely affected by police brutality — is somewhat beside the point. While the message of standing up against unfair judgment resonates with a large portion of society, the number influenced by the message hardly compares to the masses attracted by the sheer power of the swoosh or the italicized Futura Bold Condensed Oblique-fonted four letters no one ever mispronounces. Before kids can read, they know it’s “Nikey,” not “Nike.”

Which leads me to this: Who’s right?

Two powerful entities — a brand and a commander-in-chief. It’s virtually 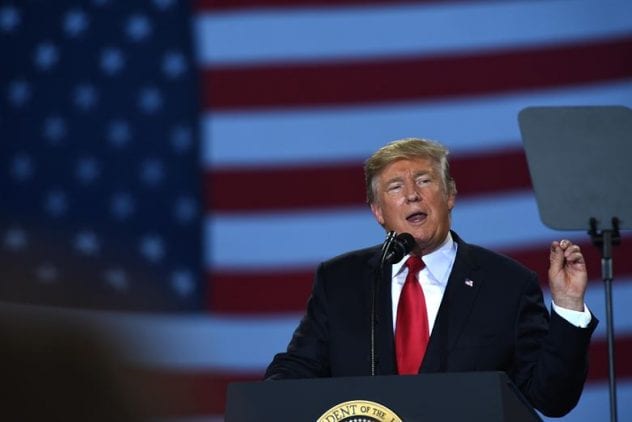 impossible to determine how much people are persuaded by either Kaepernick’s or Trump’s words for the words themselves. Something everyone knows, however, is that people find themselves taking sides on issues merely for what power they represent, which can be a country, professional sports league, best-selling brand, or a self-identified race.

Power clouds issues. If exercising it, intentionally pose influential rhetoric as empathetic, sincere, and honest to allow more than just your rallying base to give your words a listen. If listening to the message of power, know how to engage it, analyze it, and dissect it because often power cares much less for messages it projects than the publicity it creates.