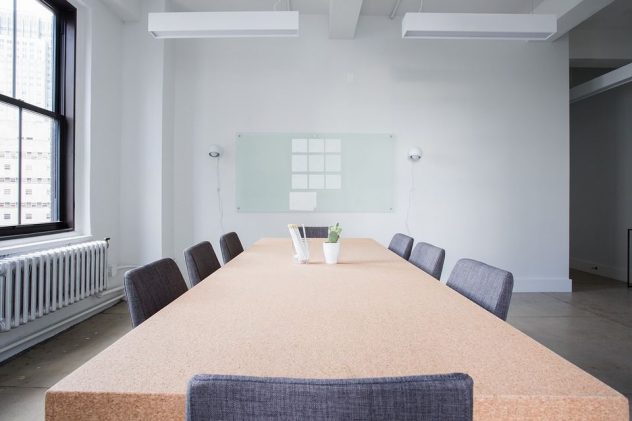 The 2016-2017 school year was the year of the debrief in my district and at my high school. I’ve never debriefed so much.

That’s right. There was a time I’d agree with you. What does my experience matter? In the hierarchy of the traditional school organizational structure, most administrators don’t care about — and especially don’t seek out — the insights and opinions of the average teachers in their schools. Right or wrong, they just don’t.

But Oxford City Schools (OCS) doesn’t play. From the day of my interview when Debbie Nothdurft, former Director of Human Resources, said it, I’ve continued to hear it from just about every direction: “It’s a lot harder to teach at Oxford.” Expectations are high for everyone, not just students. Teachers are expected to grow, analyze data, collaborate, design learning, utilize technology, be models, narrow achievement gaps, and bridge school to the community, college, and workplace. Everyone else, from the superintendent to principals to bookkeepers, custodians, and cafeteria personnel, is responsible for providing specialized support for teachers and learners in the learning environment. It’s harder, but it’s what makes OCS better — for its students and community, — and being better is what makes working at OCS worth it.

New to Oxford High School in 2016-2017 was principal Heath Harmon (visit his blog here). Before his arrival, we debriefed occasionally, but not nearly as often as we do now. His view of the effective school organizational structure is clearly different. He uses the term “teacher leaders” more than I’ve ever heard. A former English teacher and football coach, Principal Harmon manifests a demeanor of stoic contemplativeness, one which suggests a person can expect from him serious conversation, straightforward inquiry, and uncontrived interest in thinking outside of the box. As far as I can tell, he’s the most significant driver of the debriefing trend at OCS.

In an article titled, “The Lost (or Never Learned) Art of Debriefing” (2002), Guterman stated that debriefing originated in the military, involving the questioning of personnel returning from a mission. In that context, the questioning can be done gently or aggressively, but the ideas is to “make sure everything they noticed and learned has been evaluated and shared with the right people.” Guterman also noted the significance of making debriefing routine, stating, “the less that employees associate debriefings with extraordinary events, the better.”

There are five points the piece makes clear about integrating effective debriefings into an organization’s practices:

Over the next several posts, I plan to review some of the take-aways colleagues and I have derived from activities of the 2016-2017 school year.

These debriefings have been more than just talk. They’re reinforcements that cement improvement and implementation of concepts, activities, plans, projects, and programs. They assure me that my time wasn’t wasted in something — that we’re going to do something about that or change the way we handle this. And the more faculty involved in such debriefings gives everyone greater self- and collective-efficacy that drives the educator’s common desire to continue doing what he or she loves most, making a positive impact on the lives of all students.

Educators too often make plans, implement programs, expect buy-in, and assume outcomes without considering meeting for reflecting, gathering perspectives, sharing visions, and converging in thought. If you’ve never debriefed as a professional or your school hasn’t embraced the practice of debriefing, I’d recommend getting on board. But don’t forget: If time or location is a factor that hinders you meeting with your school team, use a digital venue such as Twitter, Google Hangouts, a Google Doc, Voxer, or Slack to get it done. With a group of growth-minded, school-spirited colleagues, you’ll discover the power of the debrief.

0 comments on “The Year of the Debrief” Add yours →