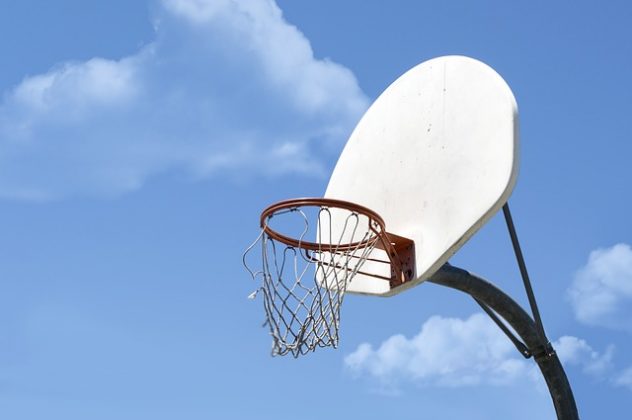 Until today I haven’t participated in any of the weekly 2017 Edublogs Club prompts.

Even this week’s Edublogs Club Prompt was about to be another forgone opportunity to commit my thoughts to something professionally practical.

Then I went to watch my eight-year-old play basketball this morning.

He’s good. I mean, really good. I’m pretty sure if he played Steph, Russell, Chris, or Kyrie, they’d need a season’s rehab from their broken ankles.

He’s a guard — one that I’d guess will probably max out at between 5’7″ and 5’10”. He’s also a middle child, so that drive to compete with older, more skilled children flows through his veins.

Today was his second game of the season. He must’ve had ten turnovers or more, mostly from trying to do too much and not resolutely taking it to the bucket or finding an open teammate. He shot three or four shots, missed two free throws, and struggled to maintain the right defensive positioning.

Did I mention he’s eight?

Maybe I expect too much. Maybe he’s not ready for making the high school varsity team as a third grader.

But late in the third quarter he made a 17-footer just above the elbow. And what did I do? I thought I said, “Nice shot.” Something. Maybe it was, “Good job.” Or maybe, “Nice job, son!”

It’s okay. All was well. He looked over at me, proud of his shot and ran to the other end to defend.

The game was over. His team lost their first game.

That was one game of one eight-year-old with one thing on his mind: playing the best he could at that time in that game.

On the long ride home, sipping his blue Gatorade between each response to my play-by-play review of the game, he shifted from offering me answers to asking me a question — one that grabbed my attention and ripped out my heart.

“But when I looked at you, you weren’t cheering. You just said, ‘Get back [on defense], get back.'”

That look of pride. My inward joy. My outward oversight and subsequent criticism.

That was one game of one eight-year-old with one thing on his mind: playing the best he could at that time in that game.

Fathers should be leaders. So should teachers. So should administrators. All should know how to appropriately offer positive and negative feedback at the right times and to overly outdo the negative with the positive.

Pause. Praise. Smile. Encourage and define the growth they’ve just demonstrated. Let them bask in their glory for a few seconds.

A contextual, sentient “Good job” is good; an additional targeted piece of praise, even better: “Nice form”; “Way to take the open shot”; “Way to create distance from your defender.”

But offering nothing but criticism is unacceptable. Kids notice. Students notice. Even managed professionals, such as teachers, notice. And they need that support we leaders often ignore.

This week, take notice of your students’ hard work. Notice their achievement. Don’t swallow your praise to preemptively advise or critique the next step they haven’t even yet taken.

Pause. Praise. Smile. Encourage and define the growth they’ve just demonstrated. Let them bask in their glory for a few seconds.

Then with that support proceed to the next step’s instructions, criticisms, troubleshooting, or warnings.

And when you make a mistake as a leader, acknowledge it. Mine: “I’m sorry, son. That was a great shot. It was huge! SWISH! I should’ve been cheering.”

Have you ever failed to celebrate your students’ successes? How did they react? What did you do? Share your story in a comment below. Also, for more on offering appropriately timed, positive feedback, check out this blog post on Heath Harmon’s Prepare to Lead blog and these two by Bob Lenz (1,2).

2 comments on ““When I looked at you, you weren’t cheering”: When Leaders Don’t Give the Right Support”Add yours →